Insuring Pasadena and All of California

Tunisia Offray a native of New Orleans moved to California in 1986 at the age of 8 years old with her father, mother, and 2 siblings. Tunisia is a graduate of John Muir High school in Pasadena California where she was elected Princess on the homecoming court in 1996.  Tunisia was well liked in high school with all her peers, it continues today as an adult. Tunisia went on to attend the University of Phoenix and majored in Business Administration.

She is a single parent of 4 beautiful and smart children. Tunisia believes that God is first and family second.  With this philosophy in mind after being laid off her job as a bookkeeper in 2008, Tunisia decided to leave corporate America to venture into a successful career as an Entrepreneur. Tunisia successfully built Offray Accounting and Bookkeeping Services, and later went on to establish Prestige Insurance and Financial Services. Both businesses continue to be successful to date. Tunisia has found that being an entrepreneur has afforded her the flexibility she needed to balance her family and career life.

While being a business owner for 12 years Tunisia has taken on the challenge of following her passion which is helping others through teaching, motivating, and inspiring families who have experienced domestic violence. Tunisia is a Certified Domestic Violence Counselor in which she received her certification and training, through the accredited Project Peace Makers at the 77th District police station in Los Angeles CA.

Tunisia is also the founder of Women, Wealth, Warriors, a platform to support women entrepreneurs and women in business. Tunisia’s goal for creating Women Wealth Warriors is to provide women with the support, resources, and encouragement needed to step out and create the life they envision for themselves through entrepreneurship. For the past 10 years over 200 plus women gather every year come from all over Los Angeles County to attend the Women, Wealth, Warriors Luncheon Honoring Women Entrepreneur and Women in Business.

This Renaissance woman and entrepreneur has now made her mark in the television and film industry as an executive producer of “Pierre Jackson”, and “I left my girl for Regina Jones”, both Christopher Nolen Feature Films.  Tunisia’s new-found venture in entertainment is one she has grown to love. Tunisia enjoys working alongside creative producers, directors, and actors working to bring their projects to the big screen.

Tunisia has also been featured on ABC/7, Inside Edition, and Access Hollywood.

Tunisia recognizes that it takes a village, a community of individuals to make a difference it starts with one brave person who is willing to serve. 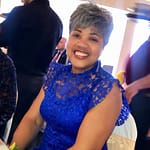 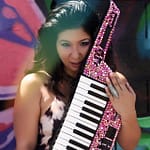 Thank you SO much for helping us get the right health coverage on short notice!Emiko C. 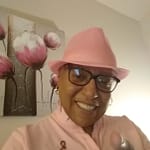 "Thanks to Tunisia for helping me to pick the right Health plan for me!"Shirley J. 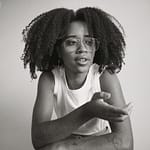 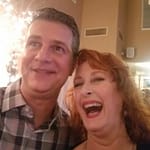 Prestige is a wonderful small business that truly cares about their clients...Julia M., Pasadena, CA
See All Reviews
See All Reviews(opens in new tab)

How to Understand Your Coverage When You Are Expecting

How to Understand Your Coverage When You Are Expecting

What Happens if You Are Denied Life Insurance?

What Happens if You Are Denied Life Insurance?

It can be discouraging, to say the least, when you are trying to protect your family by purchasing life insurance, and your application is rejected. If you have been denied life insurance, you are not alone. It happens to people every day. Keep in mind that you have options and do not give up. Why Are Some People Denied Life Insurance? Typically, life insurance companies...

How to Avoid Costly Claims from Winter Storms

How to Avoid Costly Claims from Winter Storms

Winter storms can do serious damage to your home. In 2021, storms during the winter months caused a record $15 billion in insured losses in the U.S., as reported by the Insurance Information Institute (III). Some of the costliest winter events by insured losses from 1950 to 2021 include: Polar vortex Freezes Blizzards Winter storms Winter damage Cold waves Ice storms Does Homeowners Insurance Cover...